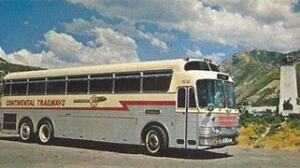 Jerry Alexander Crenshaw, Sr., 80, of Saint Pauls, widower of the late Joyce Dean Crenshaw and wife of 56 years went to be with his Lord and Savior on Sunday July 25, 2021. He was born in Robeson County on February 26, 1941 to the late Henry and Jennie Inman Crenshaw of Saint Pauls. Following graduation from St. Pauls High School in 1959, he joined the United States Navy. After leaving the Navy, Jerry was a driver for Trailways/Grayhound literally traveling millions of miles of highways, retiring after 30 years. He enjoyed tinkering with cars, working in the yard and, most of all, being with his family. PaPa, as his grandchildren and great grandchildren called him, always enjoyed having family visits. His grandchildren and great grands always found comfort in PaPa’s lap. Jerry was preceded in death by 2 brothers and 2 sisters and is survived by his sister, Hilda Ward. Jerry/Dad/ PaPa, also, leaves behind his children, Jerry Crenshaw, Jr. (Rhonda Moore) of St. Pauls, Richard Crenshaw (Cammy) of Southport, and Kim Proffer (Craig) of Hope Mills; 7 grandchildren, Rachel Crenshaw (Landon Smith), Nicholas Crenshaw, Malarie Williams (Chase), Megan Hickman (Justin), Billie Porritt (Tyler), Dean Crenshaw (Sara Linker), and Justin Proffer; and 7 great grandchildren, Troy, Clark, Celeste, Julie, Ross, Benjamin and Violet.

To send flowers to the family or plant a tree in memory of Jerry Alexander Crenshaw, please visit our floral store.

Your browser does not support this video format. You should be able to view it in Chrome, Safari or Internet Explorer.

You can still show your support by sending flowers directly to the family, or by planting a memorial tree in the memory of Jerry Alexander Crenshaw
Share a memory
© 2021 McNeill Mackie Funeral Home. All Rights Reserved. Funeral Home website by CFS & TA | Terms of Use | Privacy Policy