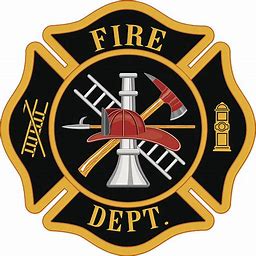 John Benjamin McLean, Jr., 78, of Hope Mills died Monday 6/1/2020. He was born in Cumberland County on 8/1/1941 to the late John Benjamin and Elizabeth Swain McLean, Sr. He retired as Fire Chief of the Hope Mills Fire Department and went to work as an auto mechanic with Sears, where he retired again. He liked gospel music and in his early years liked golf. A man of faith, he retired as the custodian of Hope Mills Church of God. In addition to his parents, John and Elizabeth McLean Sr., he was preceded in death by a brother, James McLean and grandson, Benjamin Kline. He is survived by his wife Esther McLean; children, Rebecca McLean Futrell and her husband Stanley and Wanda Gail McLean Kline and her husband Paul; grandchildren, William Futrell and his wife, Elizabeth, Amanda Futrell, Joshua Kline and Caleb Kline; great granddaughter, Jackie Anne Futrell. A visitation will be held Friday 6/5/2020 from 10:00-11:00 am at Hope Mills Fire Department, 5788 Rockfish Road, Hope Mills, NC, with a funeral service scheduled for 11:00 am at the Fire Department, Reverends Amanda Futrell and Tim Gore officiating. Burial will follow in Hope Mills Cemetery. The family suggests memorial contributions be made to St. Jude’s Children’s Hospital, 262 Danny Thomas Place, Memphis, TN 38105, in lieu of flowers. Arrangements by McNeill Mackie Funeral Home of St. Pauls.

To send flowers to the family or plant a tree in memory of John Benjamin McLean, Jr., please visit our floral store.